Why to Invest In Jaipur

The Pink City is inviting you to invest here. Come and be a part of its rich heritage. 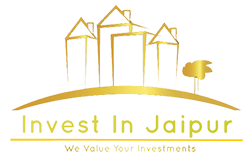 Jaipur, the capital of Rajasthan also known as pink city is renowned for its rich heritage and for its art and culture that can be compared to Paris in its architecture. Pandit Vidhyadhar has designed this city in the way that every lane meets to another lane making a crossing. There are no zigzag roads to avoid confusion. It is a well planned city connected to all the major cities including Delhi through all means of transport. Over the years, this city has widened its wings in all directions giving birth to various modern amenities and places for amusement like World Trade Park.

It is most prominent real state destination contributing in the economic growth of the country. State Government has taken various steps for the development of basic infrastructure of this city including widening and improvement of major roads, building flyovers and over-bridges. Inception of Metro Train is also a big step that has placed Jaipur at par to the major cities of India. Government has taken keen interest in regularization of residential colonies and agriculture land. Jaipur also has International Airport facilitating frequent connectivity.

One-third tourist who visit India every year are liable to visit this most beautiful city. Its historical forts and monuments are famous world wide. Gems and Jewellary of Jaipur is in demand all over the world. It is a big sector to export Gems and precious and semi-precious stones. Special Economic Zones (SEZ), Export Promotion Industrial Park at Sitapura and Rajasthan State Industrial and Investment Corporation (RIICO) are set up by the State Government to give a boost to growing various industries in Jaipur.

Textile Industry is also contributing export from Rajasthan as Jaipur Bandhej and Lehariya are very much liked by people abroad.